Skip to content
Posted November 6, 2018 by Son of Groucho

Today we are back in Germany: in Passau at the confluence of the rivers Danube, Inn and Ilz. This morning we went on a walking tour of the town with a pleasant young woman who comes from here. 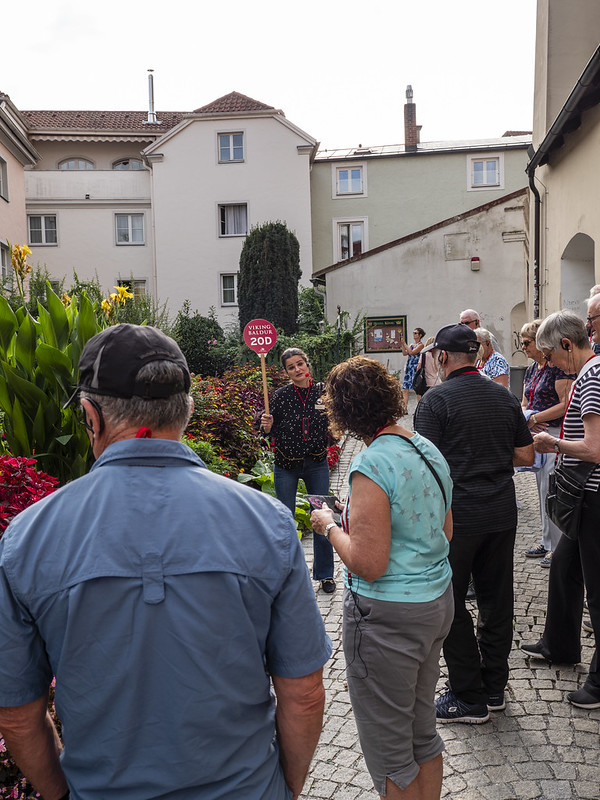 We were shown the many pastel-coloured houses, and told how flooding has affected the town over the years since at least 1501, and most recently in 2013. 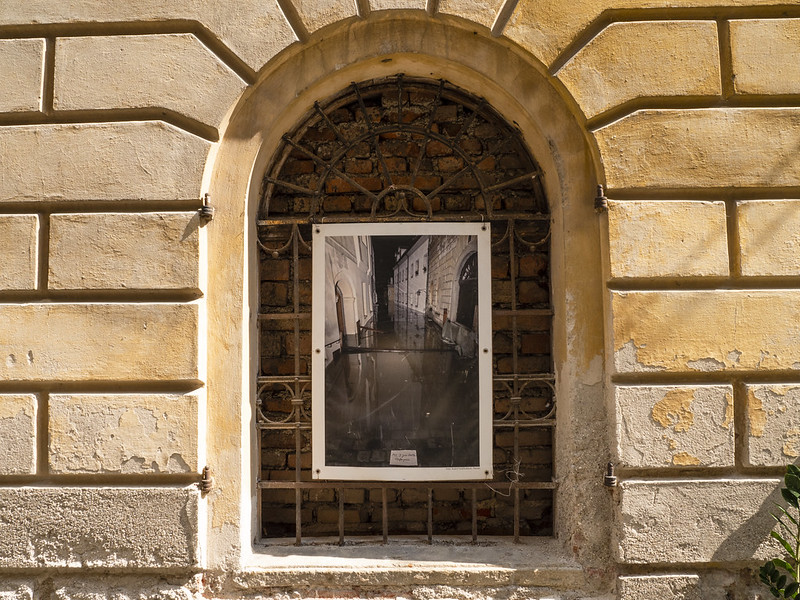 There are marks of the flood levels on several buildings. This seems ironic in the light of the current extremely low water levels.

We were shown the River Inn, which is much paler in colour than the Danube. This is most obvious at the point of confluence of the rivers. 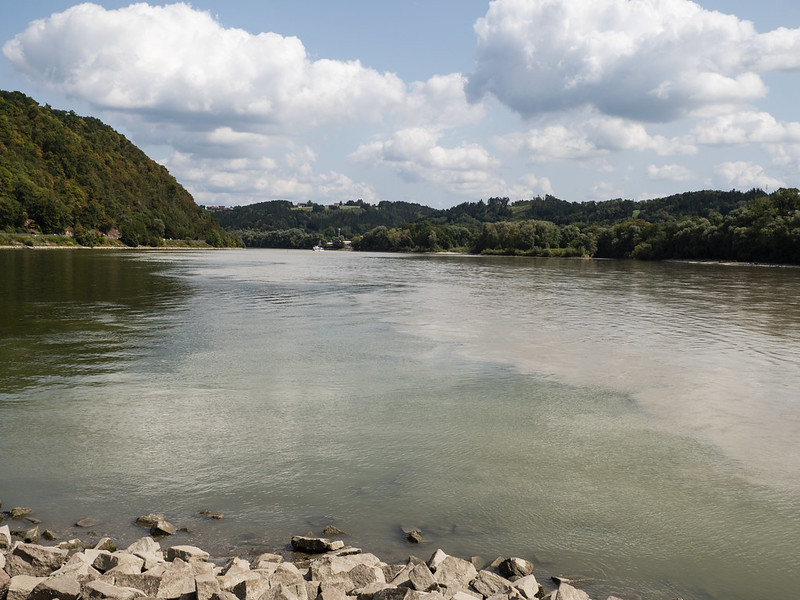 We were also shown the baroque St Stephen’s Cathedral with its onion domes. It contains an organ in 5 parts which make up the biggest organ in a cathedral in the World. It has 17974 pipes and 233 stops. 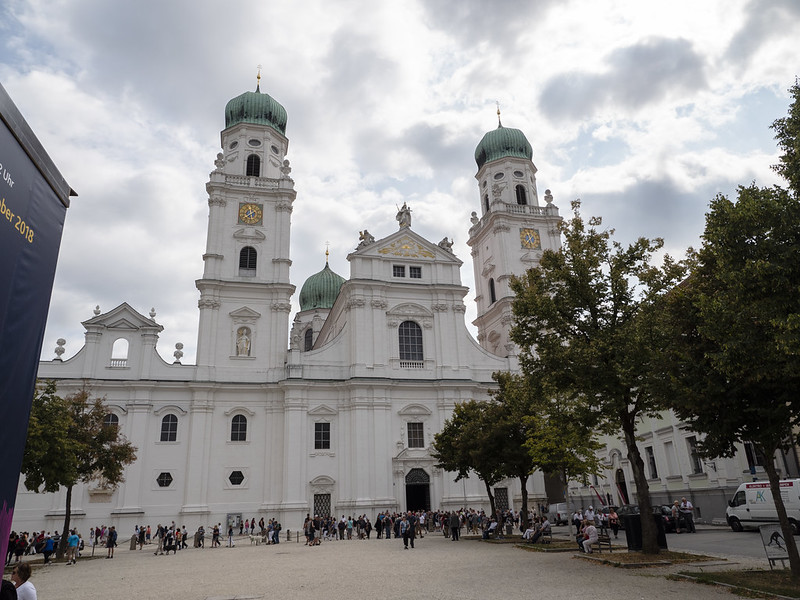 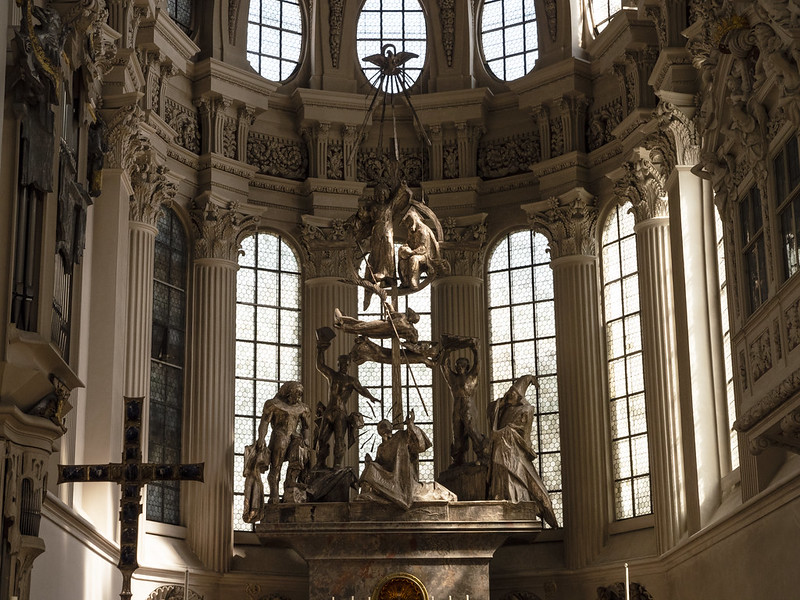 At the end of the tour we, along with the occupants of another Viking ship as well as another similar ship, attended an organ concert including works by Bach, Krebs, Schuster, Ruckdeschel and Reger. The Max Reger Toccata and Fuge completely filled the enormous building. 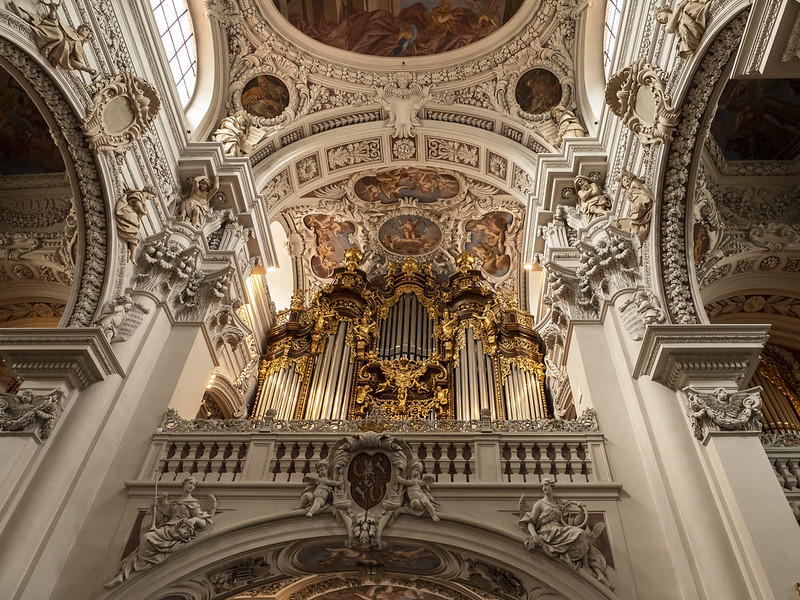 Our ship was berthed third of the 3 ships in the centre of Passau. On the way out we had to traverse first another Viking ship then a similar ship of another company. On the way back we had to wait while the other ship was replaced by a further one of the same company. This was quite interesting to watch.

After a light lunch, Wosog and I had a further walk around the town to try and burn off a few more calories!