Skip to content
Posted November 21, 2018 by Son of Groucho

This morning we were moored at Melk in order that we could visit Melk Abbey. For some reason I had it in my mind that Melk Abbey would be a modest affair, but in fact it is huge, and the abbey owns a large amount of the surrounding land. It was gifted to the Benedictine Order by the Emperor Leopold II, having been a fortress originally. There are now only 30 monks there, but it also functions as a school with 900 pupils. 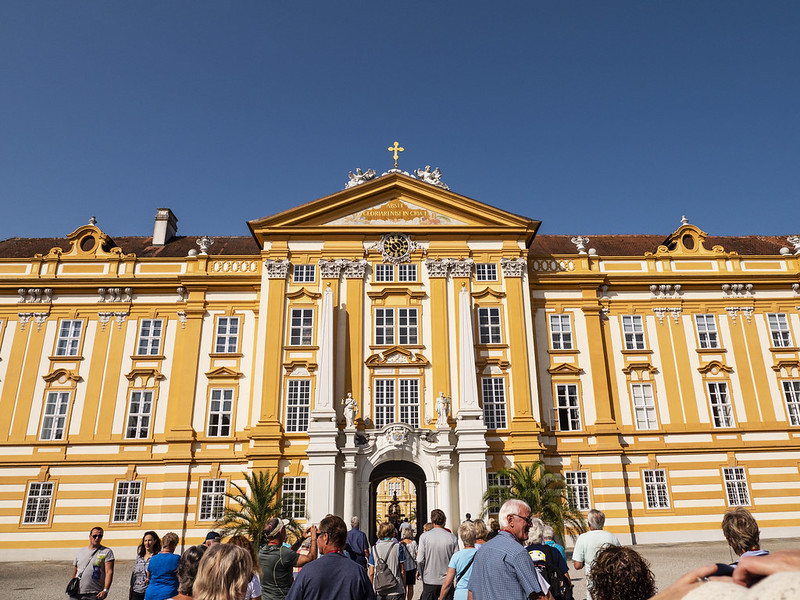 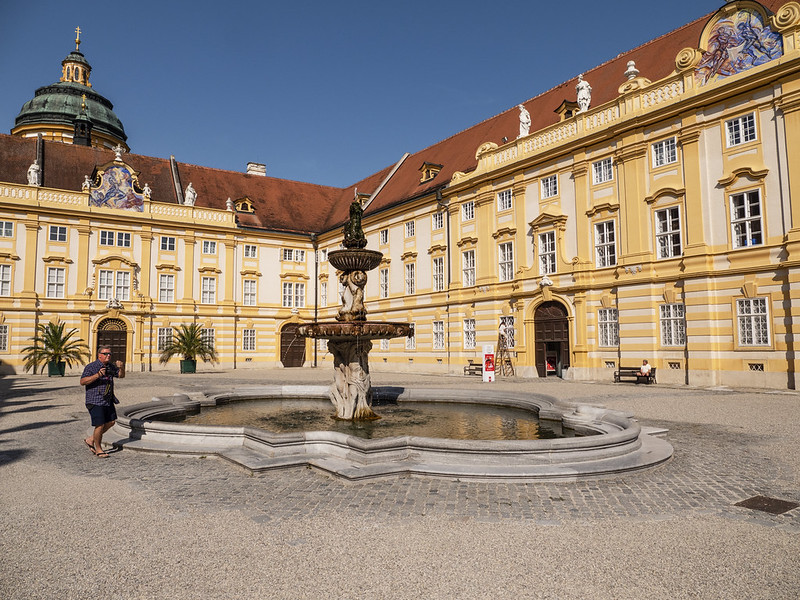 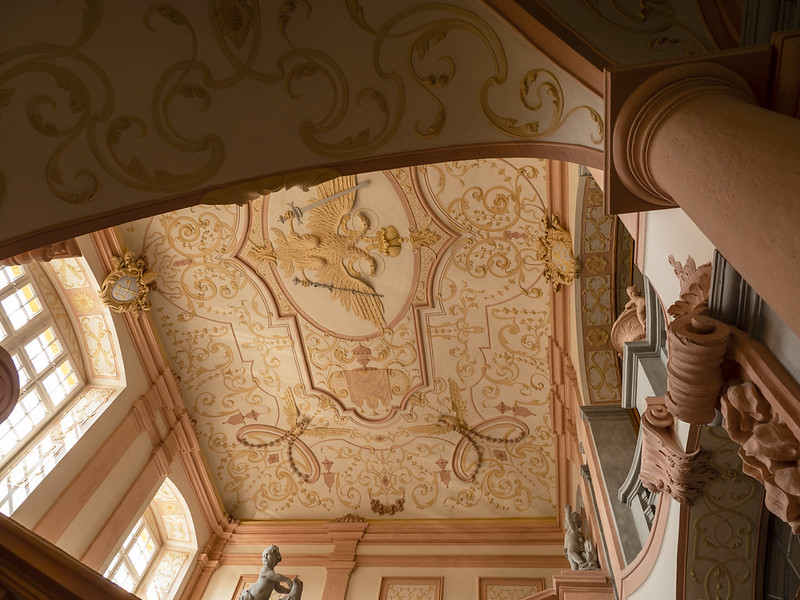 The guide took as through the exhibition, which illustrates the history of the Abbey. We then went to the marble hall, which has an amazing frescoed ceiling with a trompe l’oeil effect. After this we visited the library, which has a vast range of valuable books. Unfortunately, nobody is allowed to take photographs inside the Abbey. 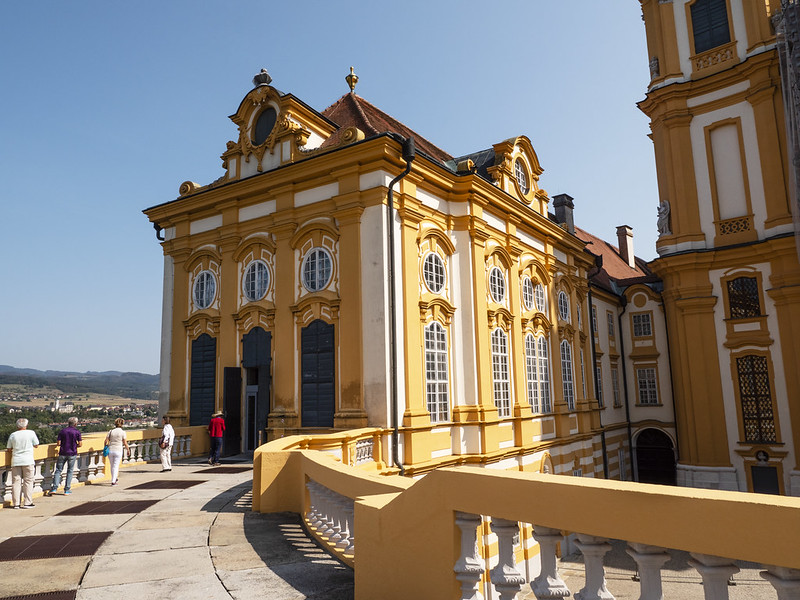 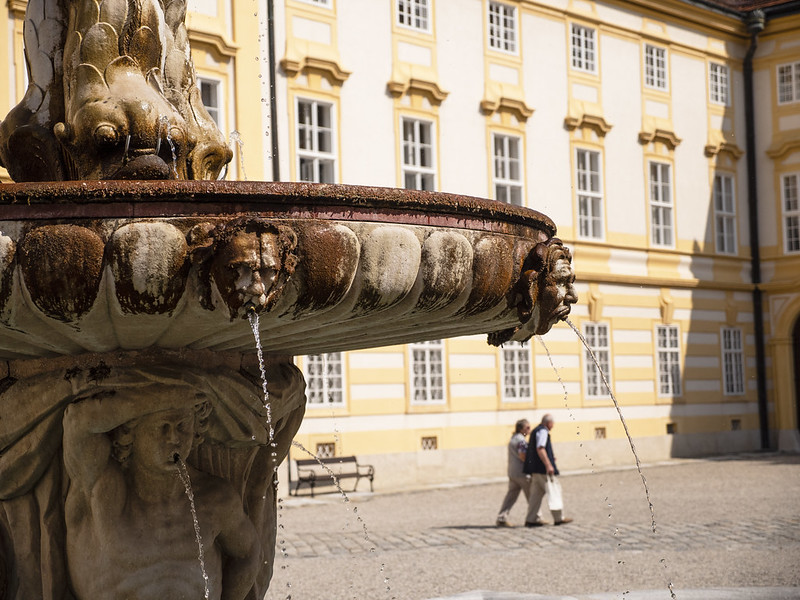 The church, unfortunately, had quite extensive scaffolding around its exterior, and again internal pictures were forbidden. It was, however, an extremely impressive building inside and out.

We returned to the ship by walking through the town of Melk. We bought some peach schnapps to take home with us. 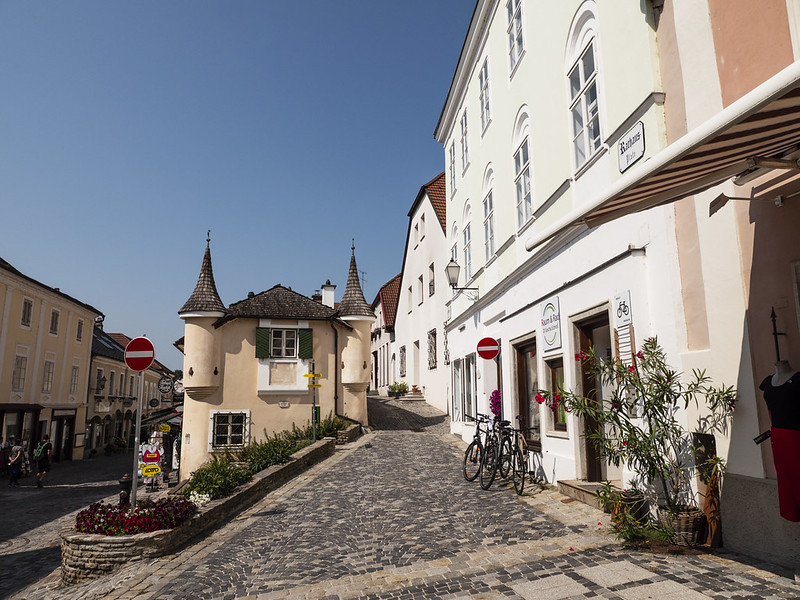 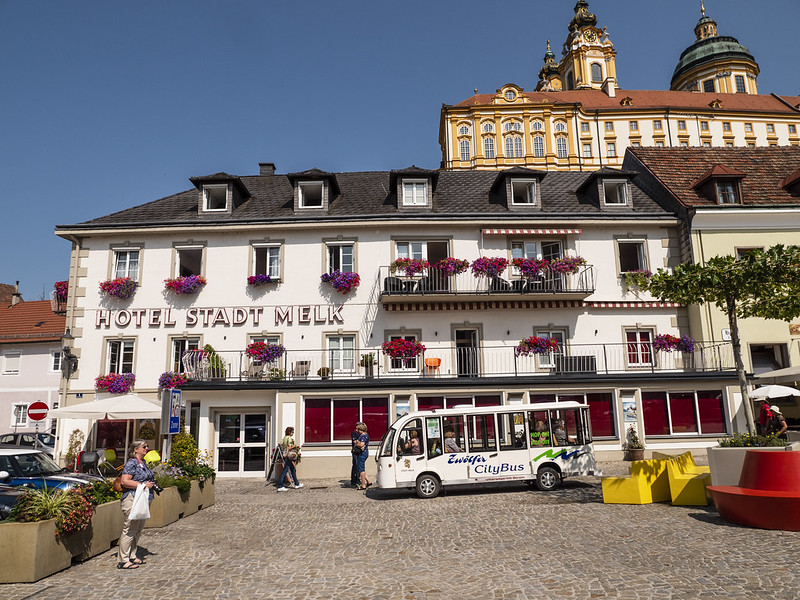 In the afternoon the ship cruised through the very picturesque Wachau Valley, which has several castles and beautiful towns. We moored at Krems, mainly to allow optional excursions to embark, including one to a Wachau Valley Winery. 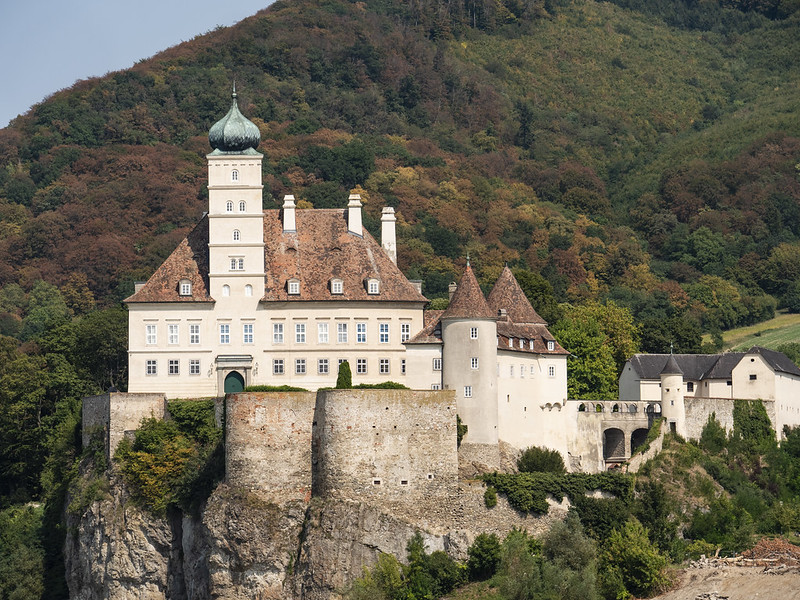 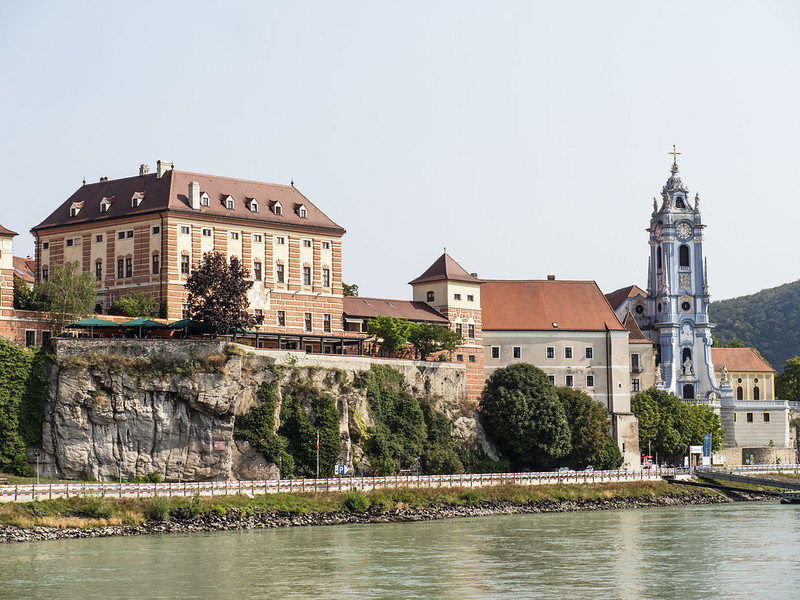 After taking some photographs, Wosog and I walked through Stein, near Krems, primarily to get our step count up!

The evening meal on the ship allowed us to sample various Austrian food specialities, not all of which were especially enjoyable!